On July 30th I have the opportunity to be at the cast and crew screening of a Canadian independent film: “Summer of  84“. I wasn’t part of the crew neither the cast, it was my girlfriend who worked in the film.

The movie has a unique workflow because it has three directors! Thankfully they have made a film together before: Turbo Kid. I assume they know each other very well. Another relevant characteristic is that the cinematographer is the music composer for the film! These Quebec based artists are taking each film very personal.

Summer of 84 has some interesting elements but it is not a masterpiece. In my opinion, this movie does follow or adapt to the new trends and ideas that are happening in the entreating industry and visual media, it got stuck in the past.

The most importat, this idea become a scritp whcih got attention and the producers decided to make it and bam! its on the theaters internationally. 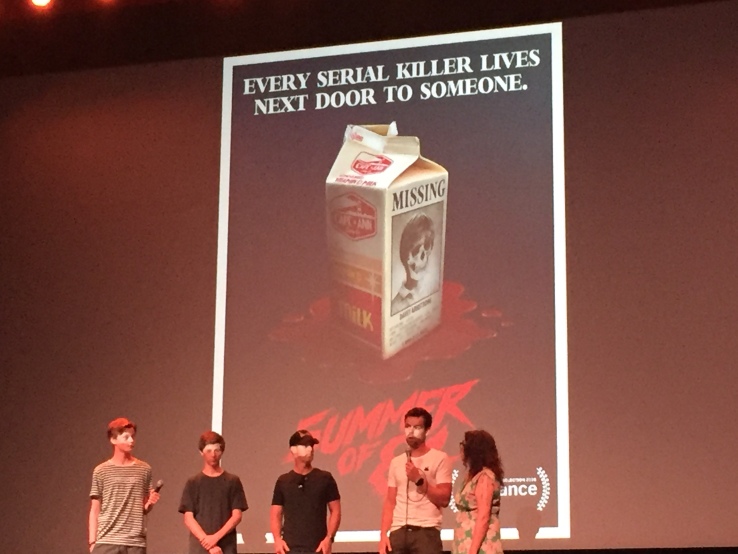